"Towards artificial photosynthesis: by imitating plants we produce clean energy”

At La Scala, the Research Day with the winners of the prize "Lombardia è Ricerca": watch the video

They studied and imitated a fundamental chemical process such as that of photosynthesis to arrive at "clean energy from artificial photosynthesis inspired by the mechanisms of nature", that is, to obtain 'green' hydrogen. On the stage of La Scala Theatre they talked about their research and their goals.

In fact, at La Scala, on Monday the 8th of November, Pierre Joliot, Marcella Bonchio and Markus Antonietti were awarded the "Lombardia è Ricerca" International Award, promoted by the Lombardy Region for the best scientific discovery in the field of Life Sciences. The ceremony closed the Research Day, dedicated to the memory of Umberto Veronesi and carried out in collaboration with the homonymous foundation he created.

The 2020-2021 edition of the Day and of the Prize was dedicated to Environmental Sustainability: the three winners were selected among a jury of 15 international level top scientists.

The biologist Pierre Joliot, professor emeritus at the Collège de France, son and grandson of Nobel prize winners, has worked to understand and maximize the efficiency of natural photosynthesis and create two artificial systems. Antonietti and Bonchio have worked to replicate the natural process of splitting of water into its components, oxygen and hydrogen, but with more robust materials and higher efficiency.

Researches that are focused on two important implications: on the one hand, the production of a completely green hydrogen, that is produced without greenhouse gas emissions and using only energy from renewable sources; on the other hand, a rebalancing of excess carbon dioxide, one of the causes of climate change.

Not only: artificial photosynthesis will allow “a democratisation in energy production”, guaranteed Markus Antonietti from the stage, director of the Max Planck Institute of Colloids and Interfaces and professor of the University of Potsdam in Germany.

Marcella Bonchio, full professor of Organic Chemistry at the University of Padua, talked about how she learned in the laboratory that "science is uncertainty" and praised the prize because "it will allow us to team up and finance important collaborations: we need this, the challenge is very difficult".

In video link Professor Joliot from Paris greeted everyone; he emphasised the importance of basic research for the progress of knowledge. Also the Nobel Prize winner for physics Giorgio Parisi insisted on this point in his video intervention that he dedicated to the day.

The three winners received a check of 1 million euros to carry on their studies in collaboration with five Lombardy research institutions. 70% of the Prize is dedicated to researches carried out in synergy on the regional territory.

"Our Nobel prize for research - underlined the governor of Lombardy Region Attilio Fontana - is confirmed as one of the most important awards at a national level: the awarded researches will have an important effect also in Lombardy on a topic that closely affects the well-being of our citizens".

"It's a great work opportunity for our researches - underlined Fabrizio Sala, regional councillor for Education, Universities, Research, Innovation and simplification—, who will be able to discuss with the winners on studies that will give a new impulse on the fundamental research on photosynthesis mechanisms, to guarantee a sustainable, clean and neutral development in terms of CO2 emissions”.

Maria Cristina Messa the Minister of University and Research, was also present at the event: "With the pandemic, the social role of science became clear to everyone, and with this prize the Lombardy Region brings science and society even closer. As a ministry we want to finance research without distinguishing between basic, industrial and applied, but looking to quality. From now to December 2022 we will finance the system with nearly 10 billion euros".

Therefore research and innovation have been the other protagonists of the Day, as said by governor Fontana. "This event is the proof of the will of the Lombardy Region to support research and innovation with the greatest determination as a driver of development. In fact, if we were able to return to La Scala today we owe it to the researchers who were able to find vaccines against Covid".

"Research is fundamental for the quality of our lives and for the solution to the great problems of our time", said Paolo Veronesi, president of the Organisation founded by his father Umberto. He recalled, on the fifth anniversary of his death, how for the oncologist research never stopped: "He looked to new developments until the end".

Gerry Scotti's intervention, research ambassador of the Lombardy Region was personal and felt from the heart: "A year ago, on the 8th of November 2020, I was hospitalised in the intensive care unit. It's not an easy thing to talk about. I would like to say it to all those who "deny" the virus, you should have come and seen me. If I healed after ten days I owe it to the organisation of the Lombardy Region, to its healthcare machine and to the men and women who work there".

On stage there were also innovations that improve our daily life, with a focus on enterprises and projects launched on the territory. This was aimed at showing the importance of giving to SMEs the "heritage" of R&I, developed in the rich Lombardy research ecosystem, starting from the academic world; in other words, how much it means to transfer technology. 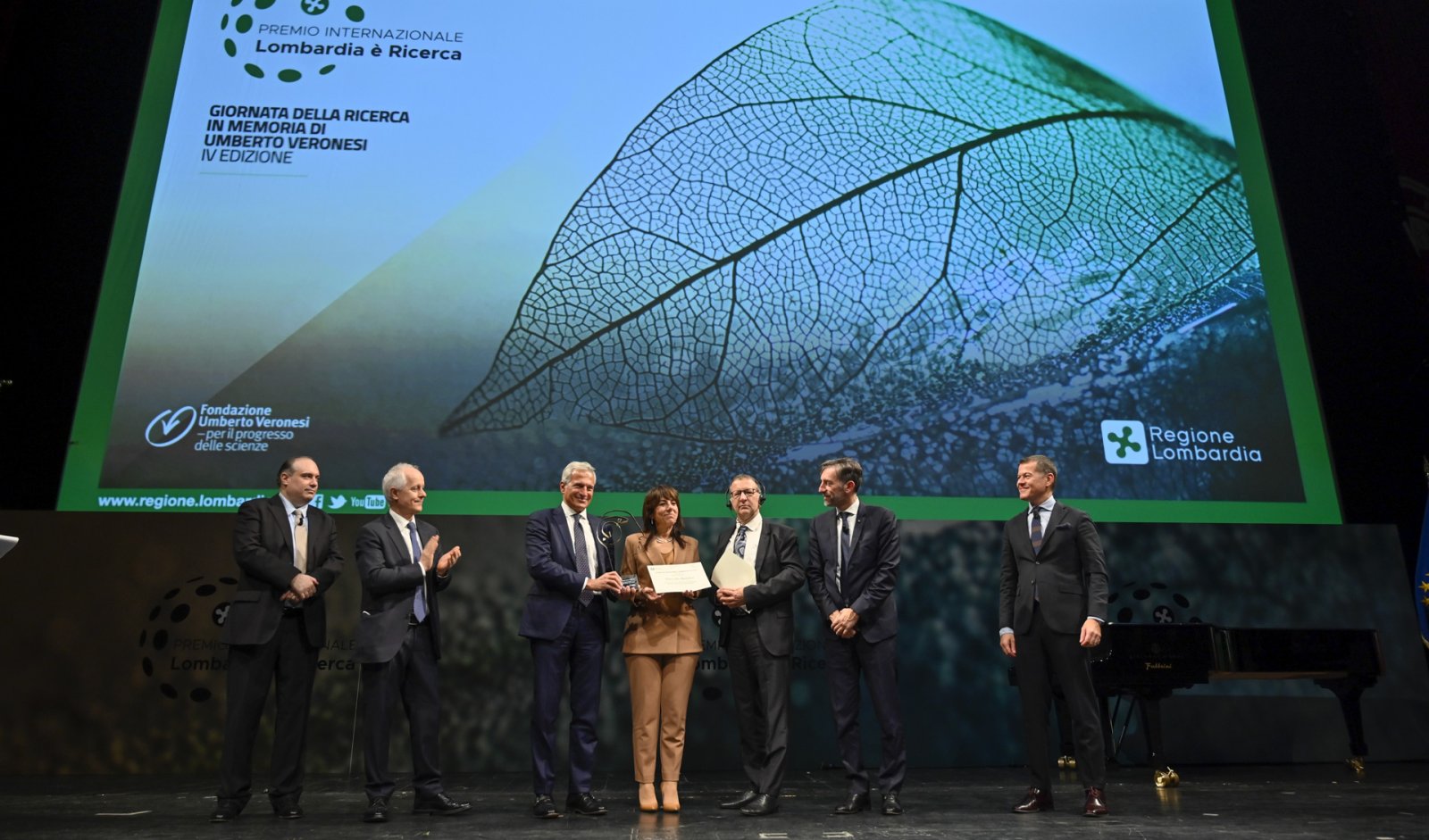