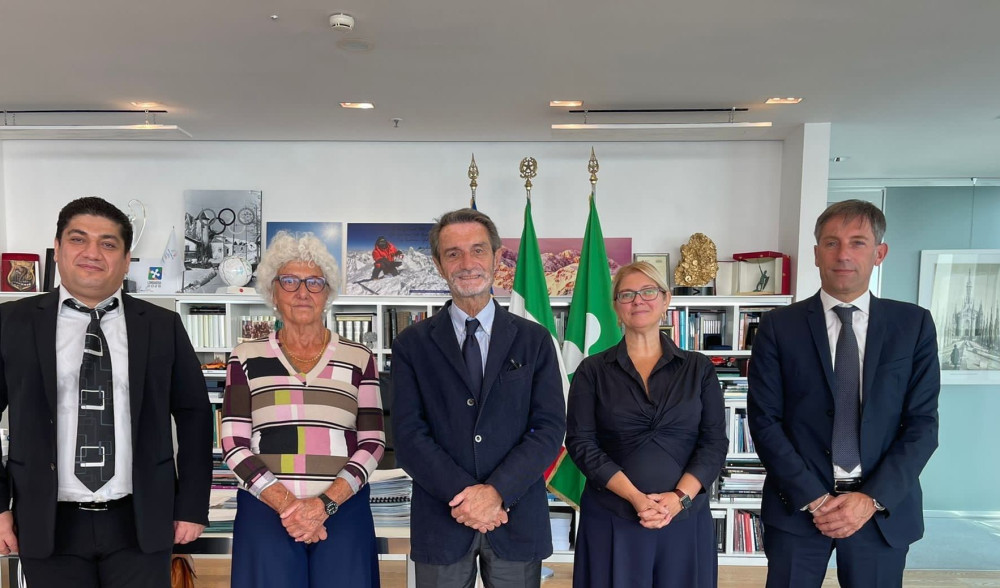 Rosalind Picard received the 2022 International “Lombardia è Ricerca” Award promoted by the Lombardy Region. The Award grants €1 million to the best scientific discovery in the field of Life Sciences, chosen by a jury of 15 top international scientists.

The theme of this edition is “Computer Science for Safety, Wellness, and Sustainable Growth”.

It was announced by the President of the Lombardy Region, Attilio Fontana, together with the Councillor for Education, Universities Research, Innovation and Simplification, Fabrizio Sala, after the Award Jury, chaired by Arianna Menciassi, Professor of Industrial Bioengineering and Biomedical Robotics at the Sant’Anna School of Advanced Studies in Pisa, named the winner.

To consult the jurors’ profiles and discover their fields of research, CLICK HERE.

Besides being a scientist and an engineer, Rosalind Picard is an inventor and an entrepreneur as well as the Founder and Director of the Affective Computing Research Group at the Massachusetts Institute of Technology (MIT) Media Lab.

Her research is focused on the use of Artificial Intelligence to decipher the physical and emotional state of people, through the use of data collected by sensors placed in wearable devices such as smartwatches and wristbands. It was precisely her scientific contributions in the field of Affective Computing - i.e. the study and development of software capable of detecting human emotions and interacting accordingly - that earned her the prestigious award.

The projects developed by Professor Picard’s research group range from the possibility of detecting the severity of an epileptic seizure to predicting depression. They also study how robots and computers can intelligently react to human emotional feedback, also to facilitate effective interaction with autistic people or those suffering from social and relational disorders.

The focus on research is an opportunity for Lombardy

“This award,” commented President Fontana, “concretely represents the great attention that the Lombardy Region pays to research. An award to a scientist of international calibre that also wants to be an acknowledgement of all those professionals who, at every level and in every sector, are committed to innovating and finding solutions that will improve the quality of our lives. So, congratulations to Rosalind Picard on behalf of the whole of Lombardy, with the commitment that our focus on research will continue to be constant”.

“This Award has as its primary objective the well-being of citizens and deals with an issue of enormous importance,” added Fabrizio Sala. “The aim is also for Lombard research centres and medical practices to establish lasting relationships of collaboration and scientific interaction with the winner. For this reason,” he added, “the Jury determined that at least 70% of the Prize should be allocated to innovative research activities to be conducted in collaboration with the Lombardy Region’s centres of excellence. This is a great opportunity for our researchers but also for our students”.

The scientist will receive the award on 8 November at the Scala Theatre in Milan, during the 2022 “Research Day” event dedicated to the memory of Umberto Veronesi.

CLICK HERE to reserve now your free seat at the Scala Theatre and participate in the Research Day event.

The discovery and possible applications

Professor Picard created an innovative theoretical research horizon and identified the tools for a new way of interaction between humans and Artificial Intelligence, in other words, she used A.I. for the first time to objectively measure and improve human well-being.

The research interpreted data collected with wearable devices to decipher the physical, but also emotional state of people.

Professor Picard’s achievements in both fundamental research and current and potential applications of her findings convinced the Jury, which chose her work among 33 high-calibre candidates. The projects developed by her research group range from the possibility of detecting the severity of an epileptic seizure to predicting depression. They also study how robots and computers can intelligently react to human emotional feedback, also to facilitate effective interaction with autistic people or those suffering from social and relational disorders.

Beyond the laboratory: from research to innovation

In short, Picard was able to brilliantly and effectively combine academic research and applied findings: she translated basic research into innovations and thus into marketable products. A particularly courageous approach, capable of going beyond the research laboratories to test the validity of her inventions.

“We had to examine real leaders in the field of Artificial Intelligence, both at the foundational research level and at the more applied level,” explained Jury President Arianna Menciassi. In a context such as the current one, weighed down by so many uncertainties at international level and often by mistrust and negativity, the Lombardy Region Award represents a beacon of hope. After a period such as the pandemic, it is crucial to remember and emphasise the value of scientific research: this type of Award helps people understand that we can have faith in science and innovation,” she concluded.

Professor Rosalind Picard has done fundamental research, made discoveries and innovated technologies with lasting effects by advancing the way we use computing and Artificial Intelligence for safety and well-being.

Picard is one of the pioneers who invented wearable devices to continuously and conveniently collect physiological data during daily activities. She has exerted an enormous influence on the field of so-called “affective computing” and her work has defined a new paradigm for the use of physiological data.

More importantly, Professor Picard was the first to exploit AI on data transmitted by various sensors to infer certain indicators of well-being, emotions and stress. The data collected from wearable devices and the deduced characteristics can offer far greater added value than a questionnaire. The researcher has rigorously substantiated these concepts.

Some of the devices she has worked on can detect the most life-threatening type of epileptic seizure and send an alarm when it occurs. Thanks to her ideas and inventions, researchers around the world are initiating projects to advance discoveries in the fields of emotion, epilepsy, stress, sleep, mental health, addiction, Alzheimer’s disease, autism, and pain studies.

She has worked in companies such as IBM, Hewlett-Packard, Scientific Atlanta, and AT&T Bell Labs. Since 1987 she has been teaching and researching at MIT, where she is Professor of Media Arts and Sciences.

Picard has authored and co-authored more than 350 scientific papers and articles on computer vision, pattern recognition, machine learning, human-computer interaction, wearable sensors and affective computing. She is also the founder and co-founder of two innovative companies, and holds numerous patents.

“Affective computing” is also the title of one of her books published in 1997 (MIT Press), in which Picard suggests that if we want computers to be truly intelligent machines that can interact naturally with humans, we must give computers the ability to recognise, understand, have and express emotions. Because emotions, which play a fundamental role in the development of intelligence as a natural and meaningful part of human relationships, should be as important in human-computer interaction. 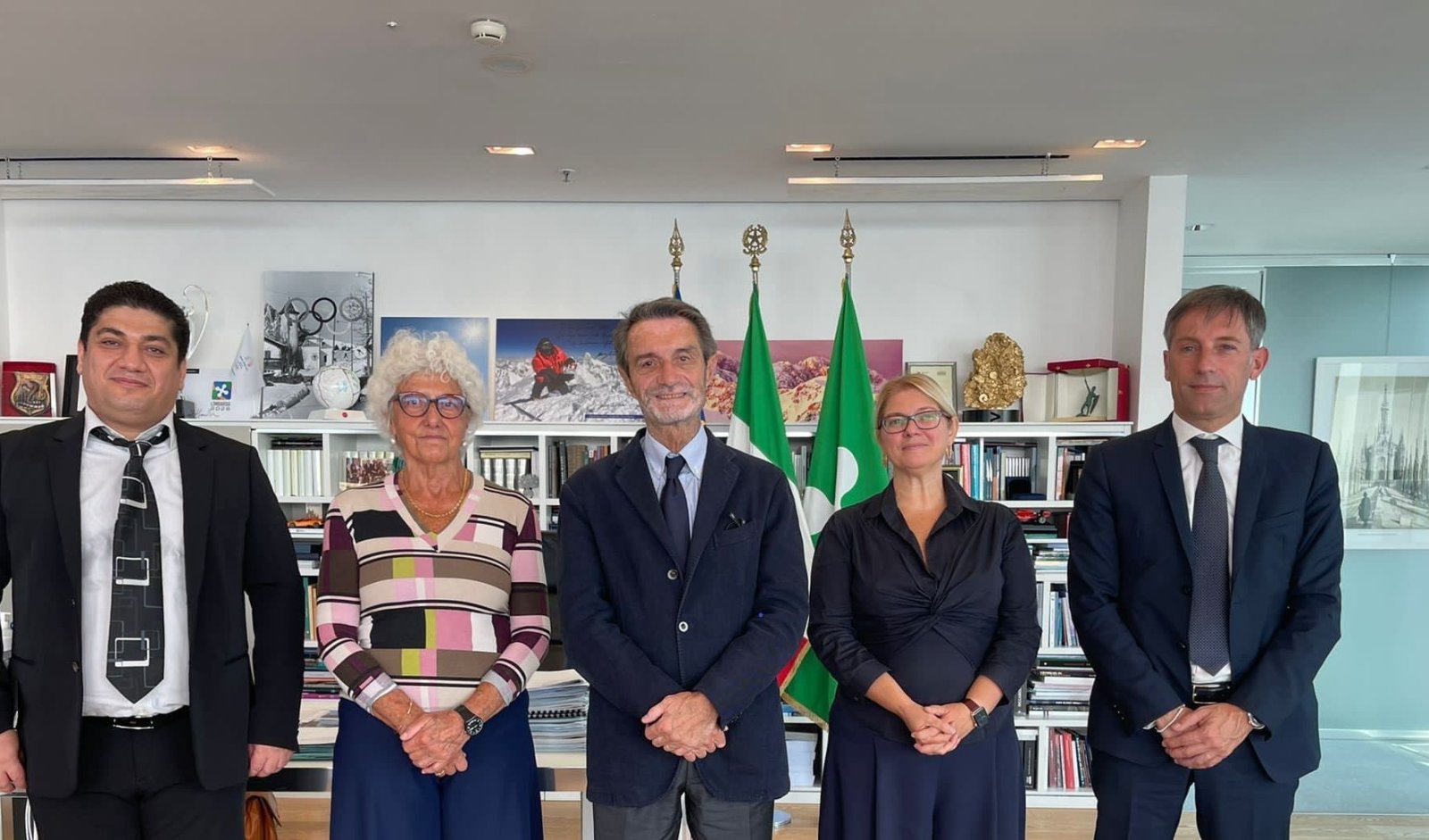