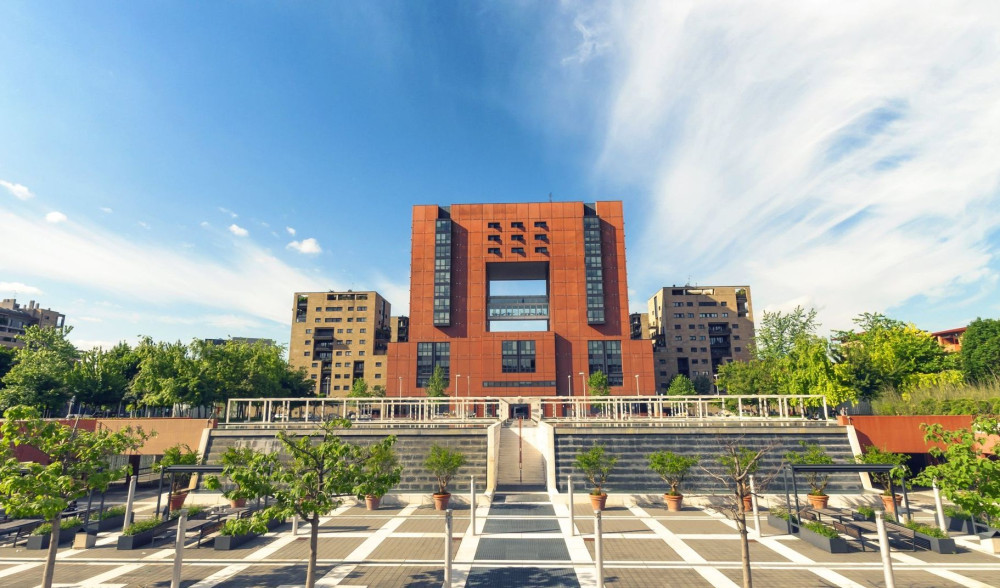 Milan kicks off MUSA, an alliance for innovation and urban regeneration

The ecosystem of technology and sustainable innovation has arrived in Milan. Four Milan-based universities are already at work to give the city a new face.

The collaboration between the University of Milan-Bicocca, the proposing institution, the Polytechnic University of Milan, Bocconi University and the University of Milan has been given the name MUSA (Multilayered Urban Sustainability Action). It will enable the development of smart solutions for renewable energy and waste management, the research of new green mobility models, the creation of an incubation and acceleration hub for start-ups, the optimisation of the use of Big Data for the health and well-being of citizens, the development of new sustainable finance solutions and the creation of the conditions for an increasingly inclusive society, free of inequalities.

Technology transfer and partnership for a model to export

Transforming the Milan metropolitan area into an innovation ecosystem for urban regeneration, a model that can be replicated nationally and in Europe. This is the ambitious challenge that the four universities will face over the next three years thanks to numerous partnerships with public and private bodies (24 participants in all) and a total investment of EUR 116 million, EUR 110 million of which is financed by the National Recovery and Resilience Plan - NRRP (Mission 4, Component 2, Investment 1.5).

The resources will be used to finance applied research, training and technology and knowledge transfer, with the aim of reducing the gap between the academic world and industry, through an innovative and inclusive approach, capable of activating co-creation processes with local authorities, civil society and the third sector.

The MUSA project inaugurates a new model of public-private collaboration, focused on the economic, social and environmental sustainability of city spaces.
Six project areas (technically called “spokes”), each coordinated by one or more universities.

- Innovation for Sustainable and Inclusive Societies

Researchers and companies will work together to promote a sustainable and transferable urban transition in other contexts. A strong point will be collaboration with research centres and institutions in Southern Italy with the aim of sharing technologies, innovation processes, feasibility plans and transfer actions to the territory.

“Thanks to the alliance between Milan's four leading universities, the support of institutions such as the Lombardy Region, the Municipality of Milan and the Cariplo Foundation, and the partnership with local companies and enterprises, the MUSA project aims to transform the metropolitan area into an innovation ecosystem for urban regeneration, becoming a national and European model”, said Giovanna Iannantuoni, Rector of Milano-Bicocca. “With the funds guaranteed by the National Recovery and Resilience Plan, the project will affect higher education, specialisation and research, with a significant impact also on industrial production chains, acting in different areas, from social to technological and digital, and from environment to economy”.

“Developing technologies for economic and circular sustainability and promoting high-tech entrepreneurship. These are the two main objectives of the Polytechnic University of Milan within the MUSA ecosystem”, commented Ferruccio Resta, Rector of the Polytechnic University. The region of Lombardy and the metropolitan area of Milan, in particular, are unique when taken in the national context, boasting leading sectors, such as fashion and design, as well as new high-innovation companies. The Fondazione Politecnico di Milano, which has always been in tune with the needs of companies, will manage the two reference spokes together with the university”.

“The spirit of collaboration that in recent years has transformed Milan and its universities into a true network of higher education and research has been instrumental in the design of the innovation ecosystem funded by the NRRP”, said Gianmario Verona, rector of Bocconi University. Within MUSA, the specific characteristics of each partner university are brought together to create a new way of doing technology transfer with direct effects on the Milan region. Bocconi has been tasked with leading a spoke that focuses on financial education and the impact of technology in support of sustainability as part of the analysis of the impact of various activities”.

“Without a doubt MUSA is a great project. But not only that: it is a challenge that invites innovation and collaboration”, said Elio Franzini, Rector of the University of Milan, “that opens up new scenarios, destined to change the very concept of the university and its relations with the economic, political and from social players in the territory. In this wide-ranging and challenging project, the University of Milan follows its vocation, which is to be able to show the “multiverse” character of its commitment: Big Data and digitalisation, Life sciences, Telemedicine, analysis of socio-cultural interactions, transformations in economic life, and civic engagement are the horizons we are pursuing in the certainty of making our university increasingly open in terms of education and science. In order to create a sustainable society where young scientists are the true protagonists of the future”.

The Lombardy Region, the implementing party

“With the recent subscription of the share capital increase, by the Lombardy Region, in the consortium company MUSA, we have confirmed our willingness to provide the ecosystem, hub and implementing party with solid governance, for a capillary network of interventions in partnership with a multiplicity of public and private players, territorial bodies and the third sector”, said Attilio Fontana, President of the Lombardy Region. I am convinced that the Lombardy and Milan metropolitan area is the most suitable sphere of action for studying, experimenting and developing the effects of widespread innovation capable of leading to concrete results to the benefit of collective well-being. The Lombardy Region, provided with a research law, a three-year programme and an Intelligent Specialisation strategy, will be able to make the most of this great opportunity for urban transformation, ‘open-air’ design, and the incubation of innovative ideas”.

“Our universities asked us to support this project and the Lombardy Region is on board. Participation in this ecosystem was decided at the beginning of August”, recalled the councillor for Education, Universities, Research, Innovation and Simplification of the Lombardy Region. The project aims to create a regionally and nationally scalable ecosystem starting in Milan that fosters innovation and competitiveness. The objectives cover comprehensive environmental sustainability: from urban regeneration to data sharing in life sciences, from entrepreneurship to sustainable finance, and social inclusion to circular economy. Our goal is to transform the Milan metropolitan area into an innovation ecosystem for urban regeneration, to become a national and European model. The Region of Lombardy is at the forefront of this structured alliance with four of Milan's leading universities to help further increase growth opportunities in our region”.

“It is projects like MUSA that make the difference to growth in the country and our cities in terms of innovation, research and urban and sustainable regeneration”, commented Giuseppe Sala, Mayor of Milan. The PNRR funds should be used precisely for this, to initiate activities leading to wide-ranging renewal, capable of pooling high-level expertise - given the collaboration of no less than four Milanese universities - and also extending to the entire country, involving research centres in other parts of Italy, as MUSA has envisaged. I am delighted that the municipality has been involved in this ambitious and far-sighted initiative, an investment in the future of young people, businesses and the country”.

“The MUSA project aims to act on the issue of real urban sustainability in a comprehensive and pragmatic way starting with an alliance”, explained Giovanni Fosti, president of Fondazione Cariplo, “where key players from the world of knowledge join forces with private and public entities to work on research, training and technology transfer. Fondazione Cariplo, as an entity that stimulates and accompanies innovation, is participating in this challenge by providing its experience and expertise, so that this can be an opportunity for real growth for the entire territory and a better life for everyone”.