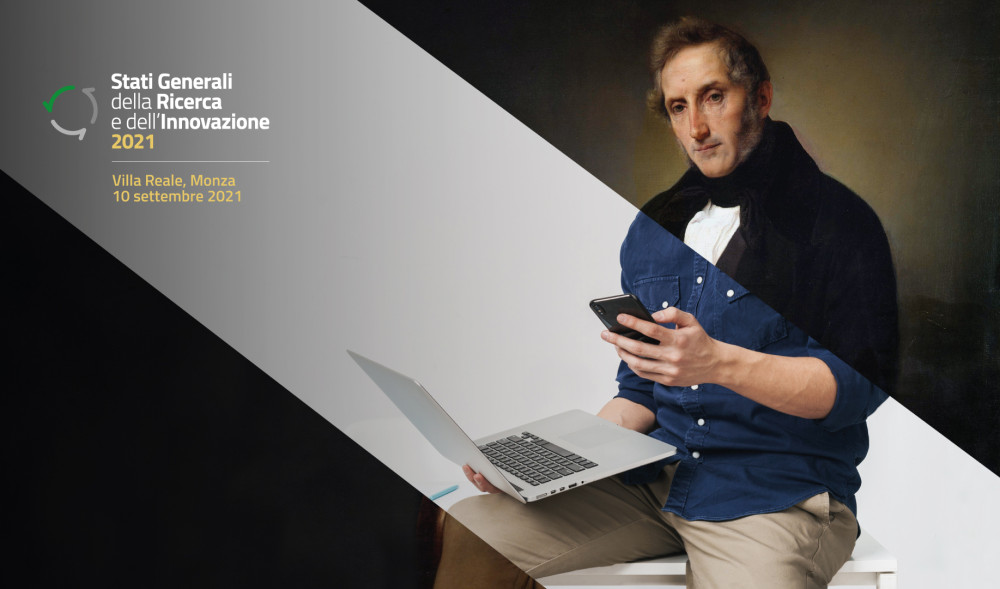 Research as a ‘starting point’, innovation and its impact on our societies for development that is aware of how to put the person at the centre. But also the growth of resources in EU programming - the European Regional Development Fund will amount to over 2 billion euros -; exceptional stories of talent, those of three female researchers who won the ERC (European Research Council) Grant and who have just returned to Italy; the speech by the Minister for Universities and Research and the first road test of an autonomous driving vehicle, developed through a project financed by the Lombardy Region.
These are the central themes of the ‘General Assembly for Research and Innovation’, which the Lombardy Region promoted this year in the exceptional setting of the Villa Reale of Monza. In the presence of the minister of University and Research and the president of the Lombardy Region and the regional Councillor for University, Research and Innovation.
An important day to compare experiences, discover some of the most promising research projects active in Lombardy and reflect on how to further increase the attractiveness of the Lombardy university system. But also a coming together to learn about the interventions carried out, and to examine the main investments planned by the Region over the next seven years.

Lombardy President: research and innovation are drivers for recovery

“Research and innovation have always been drivers for the development and growth of the territory - said the governor opening the meeting -. Today, more than ever, they represent an important lever for recovery”.
“In the period we have just lived through,” he added, “it has been difficult to maintain confidence in scientific and technological progress. We have experienced the spread of a virus that has left us powerless and unprepared. But science has been instrumental in combating it. It is precisely science that has been brought back from the health emergency to the centre of the debate. Our researchers, universities, research centres and companies have also demonstrated an extraordinary adaptive capacity”.

“The real strength of Lombardy - the president stressed - lies in the intelligence of our human capital. A fundamental asset in the current socio-economic scenario. Without doubt, the scientific community in Lombardy is capable of promoting intelligent, sustainable and inclusive growth, to the advantage of the regions and the entire country”.
For this reason,” he said, “we have strongly supported the collaboration agreement between the 4 public IRCCSs (Scientific Institute for Research, Hospitalisation and Health Care) in Lombardy. For the same reason, we look forward to the creation of an entity that, together with Human Technopole, can act as a Lombardy platform for the benefit of Life Sciences”.
“In Lombardy - concluded the governor - innovative materials are developed, avant-garde projects are carried out and today, right here, we can see the developments of technologies for the future of mobility, the result of a virtuous collaboration between research centres and companies”.
Another fundamental asset are the resources of EC Programming, the first and most important instrument that the Lombardy Region can make available to the territory. For 2021-2027 the capital amounts to 3.5 billion euros, with the sum of the European Social Fund and the European Regional Development Fund.

Councillor for Research: 2 billion for the period 2021-27

“With regard to the European Regional Development Fund - explained the councillor for Universities, Research and Innovation - we have planned to dedicate a total of 2 billion for the period 2021-2027. This means that the resources, compared to the last 2014-2020 programming cycle when they amounted to 970 million euros, have now more than doubled”.
Under the European Regional Development Fund, more than half of the resources, i.e. around €1.1 billion, will be dedicated to the strategic objective ‘A more competitive and smarter Europe’; €633 million will be allocated to the strategic objective ‘A greener Europe’ and €240 million dedicated to the social development objectives ‘Bringing Europe closer to its citizens’.
“Our priorities”, continued the councillor, “are clear and precise: making the most of data, also through the adoption of Artificial Intelligence methodologies; intensifying the Open Innovation approach and encouraging technology transfer. For the next few years, there are plans to invest in large-scale industrial development projects, the promotion of industrial doctorates, but also the creation of technological hubs on strategic issues such as digital, sustainable mobility, health, and the circular economy”.
The method will be that already tested in recent years with the Research Agreements and the Call Hub Research and Innovation, two measures that have mobilised public and private investment for over 434 million euros, involving nearly 400 partners including companies and research organisations. With innovative ideas, strong partnerships and an ability to intercept opportunities at a European and international level.
From the Call Accordi comes the prototype of an autonomous driving vehicle, seen ‘in action’ in Monza: it is in fact the result of the Teinvein project, whose leader is ST Microelectronics and whose partners include University of Milano-Bicocca and Politecnico di Milano. Financed by the Lombardy Region with 7.5 million out of the project's total value of 14 million, the electric vehicle modified for driverless driving aims to reduce environmental impact, increase road safety for passengers and pedestrians by monitoring the driver's psychophysical state, communicate with adjacent infrastructures and vehicles with a view to Smart Mobility and - last but not least - simplify driving for the disabled.

The Minister for Universities and Research, on the other hand, stressed the role that the Regions can play. ‘‘With the Italian Fund for Science and with the resources provided by the PNRR (Recovery and resilience plan)”, he explained first of all, “we want to strengthen the structure of Italian research, which passes first of all from the strengthening of people. It is a time when all the players in the system must talk to each other and find the best solutions for working on national centres for KETs, innovation ecosystems, research infrastructures and partnerships. And in this, the Regions will have a fundamental role. We must be able to use the various measures in a complementary way to have a strong impact on the country, on the population, on young people”.

The voices of female researchers, the ethics of innovation

The Minister was then addressed by the three winners of ERC (European Research Council) Grants, who returned to Italy after periods spent abroad and participated in a panel with the Regional Councillor. Valentina Bollati (associate professor of the Department of Clinical and Community Sciences at the University of Milan), Giulia Fulvia Mancini (associate professor of the Department of Physics at the University of Pavia) and Paola Saccomandi (associate professor of the Department of Mechanics at Politecnico di Milano) have therefore called for simplification of bureaucratic procedures, economic certainty for research fellows and PhD students as well as for researchers, more connections with internationalisation centres, in order to make our university system even more attractive.
Positive judgement on the Lombardy research ecosystem, which trained them (in the case of Mancini and Saccomandi) and then welcomed them back to Italy, for example due to the strong links between university research and clinical practice. But also due to the ‘open-mindedness’ that training in Lombardy's universities has guaranteed them: a plus that has been appreciated and valued abroad.
The other discussion was on the social impacts of innovation: it was discussed by Paolo Benanti, Extraordinary Professor at the Faculty of Theology of the Pontifical Gregorian University and Gianni Bocchieri, General Director of Education, Universities, Research, Innovation and Simplification of the Lombardy Region.
A reflection, theirs, to remember that “in technology and its fruits we must look for the sign of the excess of human beings with respect to their merely biological being”. And that today we are deciding ‘the digital ecosystem in which the new generations will live’: a responsibility that outlines and exalts a new role for politics and institutions, called upon to take charge.
Nessun allegato selezionato.
Tag di interesse
Non sono presenti aree di interesse associate a questo contenuto
Condividi con gli utenti della tua rete
CONDIVIDI 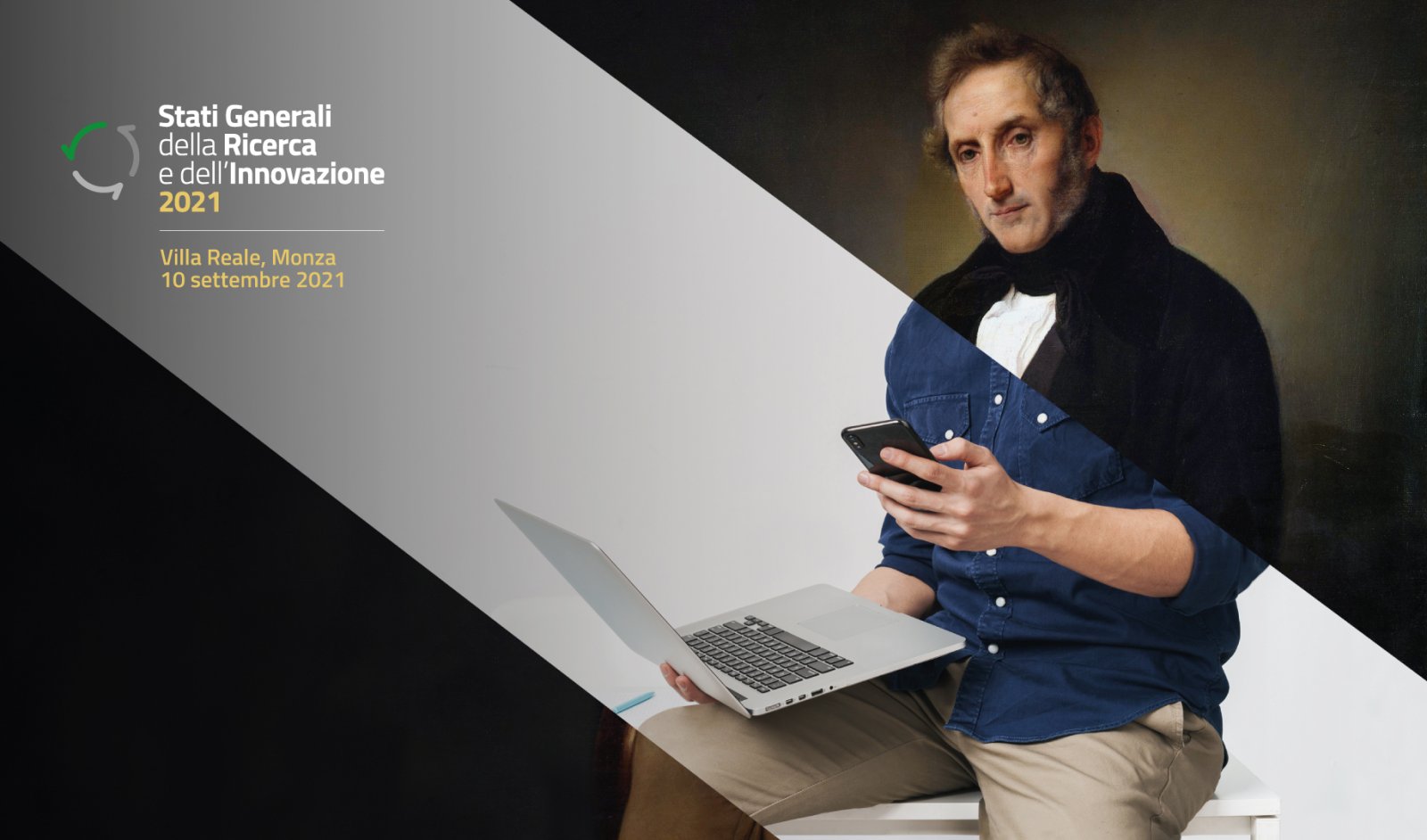